As terminal automation is commonly increasing, next steps towards the improvement of the human-machine interface need to be made. The software landscape in container terminals is not suited for the different nature of the interaction between system and human operator. To get the maximum benefit from automated terminals, we need to rethink and redesign the user system interaction. The starting point is to improve the steps that a human controller must take when certain situations occur. From these flows, we then can define the support that the system provides through its user interface to help user complete each step successfully. In this article, published in Port Technology Magazine, we discussed how we go about this at TBA Group, using the science of User-Centred design as a basis, combined with knowledge of operational processes.

The notion of an ‘automated container terminal‘ suggests a very limited involvement of humans in the daily running of operations, however despite this conception, the reality is far from that. The truth is that automated terminals heavily rely on human influence to keep the fleets of driverless machines running, as well as to deal with unpredictable exceptions. This is because the handling of exceptions is poorly supported by today’s control systems (TOS and ECS), meaning a process controller requires mastermind skills. Information is divided over multiple systems rendering it (too) complex for process controllers to do their job effectively.

Control room staff are also overloaded with information, which most of the time does not apply to their roles. This results in a stressful, and consequently tiring, work environment. Further, this scenario of a complex system with many unpredictable irregularities (that come with poor system support) eventually leads to a significant loss in productivity. Therefore, it is time to look for solutions to assist control room operators by providing them with an intuitive control system-user interface which includes standard operating procedures in order to deal with irregularities.

In this paper, we discuss the science behind ‘Human-Machine-Interfaces’, a fast-developing field that can provide the answer to aforementioned problems. This approach is several years in the making, as we aim to redesign the way our systems interact with users by not placing the system centrally, but the user, positively influencing the way he executes his tasks.

‘In the early days of industrial manufacturing, engineering and marketing process alone were sufficient to produce desirable products: it did not take much more than good engineering and reasonable pricing to produce a hammer, diesel engine, or tube of toothpaste that people would readily purchase’ (Cooper et al, 2007). The world has now evolved from this insight from Cooper et al, as eventually manufacturers realized that they need to differentiate their products from the ones made by competitors. Because of this, industrial and graphic design were introduced as means to increase desire for a product, with graphic design improving both product advertisement and industrial design.

Now, with the design of software and its behaviour, desirability alone is not the unique selling point of a product any longer – software does not reveal its affordability through external form, like for example, a hammer does. Designing for interactive capabilities now requires knowledge of context as well as the users’ relationship with the given system. Understanding the users, their roles, their workflow and their goals is of essence when creating systems.

Therefore, a good product reflects the users’ mental model and not the implementation/system model. The implementation details are too complicated and unnecessary for a user to be cognisant of (see Figure 1): ‘The designer must develop a conceptual model that is appropriate for the user, that captures the important parts of the operation of the device, and that is understandable by the user.’ (Norman, 2002)

User research is, therefore, the core of user-centred design. Qualitative and quantitative research methods are used in different design phases to keep the focus of the design on users and their needs. In the early design phase, qualitative research is mostly used to make the requirements clear, while later in the process, different research methods are practised to modify the design based on user feedback.

How simplicity can be complex

To ensure automated terminals perform optimally, one of the most important challenges is to make operational control ‘simple’. We believe that simplicity will bring terminals further in terms of safety, efficiency and productivity. Therefore, understanding the context of use and users’ workflows and their goals has become the basis of the design of our products.

At TBA, we are aiming to reduce excise and cognitive load by following goal-directed design guidelines while applying general interaction design principles to the design process. One of the other means to achieve this principle is integration, bringing functions for a particular operational role (say a planner, or a process controller) into one user interface, and integrating multiple systems in the background. This may seem quite easy to achieve, but conducting the proper user research (both qualitative and quantitative) has until now proven to be challenging.

There are two main reasons for this:

So standards are hard to be found, which in turn provides little opportunity to define the standard. Nevertheless, our functional experts and designers work closely with customers during each project to understand their needs and requirements. We also heavily rely on UX best practices when working on our products. For instance, creating a well-designed navigation app for a manual straddle carrier (SC) driver is a challenging task. He basically drives backwards and has all his attention on a container he is carrying as opposed to the route he is taking. However, he still wants to know all the details a ‘normal’ driver needs while driving – details such as whether he is driving toward his destination, if there is an exceptional situation in a terminal that requires him to take a different route, and the time to his destination, etcetera.

In order to provide the best and safest driving experience, we not only looked into already-existing navigation apps, but we also drove in an SC to understand the driver’s limitations and to test our design ideas allowing us to discover inadequacies. We may not be able to perform such tests as frequently as we’d like to, but the tests offer us to:

Besides considering the context of use and user needs, there are general principles which designers apply to the design process to optimize the user experience with product. Cooper et al name fifteen strategies for creating a harmonious interaction:

The design process of TBA products starts with the various user profiles and their roles and motivations. We not only look into their goals and strengths but also to their limitations. By defining ‘user stories’ we decide what needs to be considered in the interface to help users where they are weak and empower them where they are strong.

One of the main things to keep in mind when creating a user-centred design is to give the user the feeling that he or she is always in control of the system. In order to keep users of a control system informed about the state of a terminal operation, designers often face the challenge of keeping the shown information in balance. The balance between maintaining user control on all details of the terminal operation while applying two principles of ‘less is more’ and ‘avoid unnecessary reporting’ are often the design challenges we face at TBA. Designing based on user role and workflow is our way of handling these sorts of challenges. In the next section some examples of our solutions to complicated situations are described.

A terminal’s system landscape is a complicated combination of systems which are used by different types of users within or outside of the control room. Dispatcher (or as we say in automated terminals, ‘process controller’) is one of the main roles when it comes to managing operations. They have to keep a close eye on operations and handle every exception in a timely manner to provide their customers with a good quality service.

In order to empower these kind of users in their roles, we have designed a dashboard – the ‘Action Board’ – which shows high-level information about different modules within the terminal. Figure 2 shows the concept of vessel widget in the Action Board. In case of a problem in a work queue of a quay crane (QC), a warning icon is shown on the QC’s visualization. A user can then track the source of the problem by taking two steps: 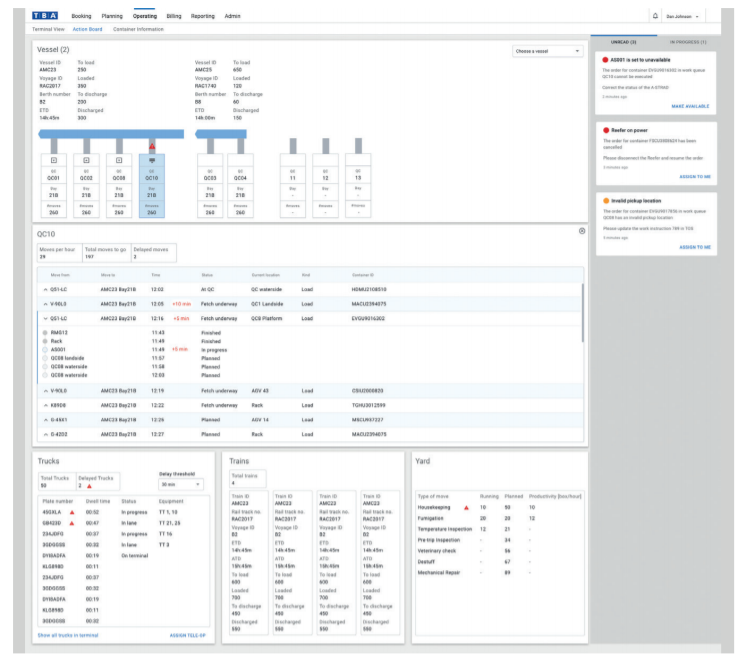 Figure 2 The concept of Vessel widget in Action Board

As soon as the row is expanded, the details of that certain move and the root of the problem are shown.

In case the problem is related to an automated vehicle, a notification also shows up in the notification panel. This notification includes a Call-To-Action button which helps the user resolve the issue immediately. Notifications in general consist of five parts (see Figure 3):

As terminal automation is increasingly common, next steps towards the improvement of the human-machine interface need to be made. The software landscape in container terminals is not suited for the different nature of the interaction between system and human operator. To get the maximum benefit from automated terminals, we need to rethink and redesign the interaction, starting with the process steps that a human controller must carry out, when certain situations occur. From these process steps, we then can define the system support provided through the user interface, needed to complete each step successfully. In this article, we discussed how we go about this at TBA, using the science of YX design as a basis, combined with knowledge of operational processes.

Azadeh Shirzad is a User Experience Designer with over 10 years of working experience. She loves to create designs for diverse target groups. Following that passion she worked in different industries such as finance, aviation and healthcare. Currently she is working as UX Designer at TBA, where besides aligning the design of different apps she pro-actively is promoting user-centered design. Azadeh has a PDEng in User System Interaction, Eindhoven University of Technology, and an MSc in Interaction Design, Chalmers University of Technology.

Yvo Saanen is commercial director and founder of TBA. He has been active in the maritime industry for over 20 years. He has consulted more than 200 terminals world-wide, and focusses on automation, process optimization, and design using simulation and emulation. In various bodies, he lectures about simulation in logistics. Yvo has a PhD in the design of automated container terminals from Delft University of Technology, and an MSc in Systems Engineering from the same university.

In this article, published in Port Technology Magazine, we discussed how we go about this at TBA Group, using the science of User-Centred design as a basis, combined with knowledge of operational processes.