To Be Awesome: from desk potato to world champion

In November 2019, a brave team of colleagues at the Dutch branch office of TBA Group took up the challenge from a rivalling team from another company and signed up for the World Championship Triathlon 2020. The rivalling team has won the European championship long-distance triathlon for relay teams in 2019 and the total time to beat is 9 hours and 1 second on the 12th of September 2020 in Almere, the Netherlands. Follow the progress of our team in the next six months as they are preparing to aim for the stage.

After Hawaii, the  Holland Triathlon  is the oldest triathlon in the world. The Almere course is located 4.5 meters below sea level: at the bottom of what was once the Zuiderzee (South Sea), only 25 kilometres from capital Amsterdam. The long-distance triathlon course consists of 3.8 km swimming, 180 km cycling, and 42.2 km running. 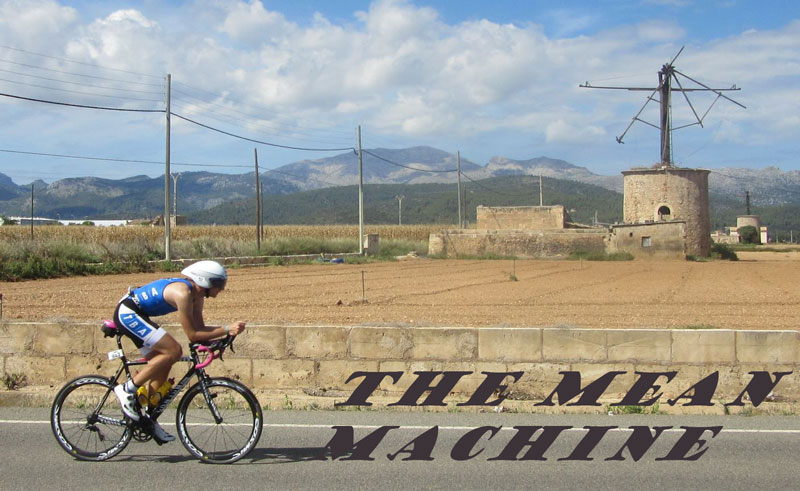 Mark started working for TBA in 2012, after his graduation from the University of Technology Delft. He’s currently a project manager at the TBA Group for TEAMS.

“I have always loved to do sports, especially when it doesn’t involve balls. Though fun, I was never good with hand/eye/ball coordination. I had been ice-skating all my life but in the summer that I turned 15, I discovered cycling. Once I cycled the Marmotte cycle sportive in 2012 with some friends: a 180 km race around Alp d’Huez (with some big climbs), I moved on to long-distance endurance sports where I took part in many cycling events and challenges. One of my all-time bucket list items was to complete a full Iron Man triathlon, which I trained for and completed in Mallorca in September 2015. With just over 11 hours I completed the 3.8 km swim, 180 km bike, and 42 m of running. Check my blog here.

In 2015 I discovered trail running, off-road, through forests, dunes, beaches, etc. These events are not solely focused on speed, but more on the social character and longer distances. Although trail running has become more and more mainstream, it has drawn me into participating in 30k+ and 50k+ distances. I would like to encourage everyone to give trail running a try, even (or especially) when you don’t like running.

For the Almere Challenge, I volunteered for the swimming event. As my running is far too slow and cycling eats up too much of my time to get myself well prepared. During my IronMan I swam in just over 1 hour, which will be my target in Almere as well. To get to that goal, I added bi-weekly swimming training to my normal work-out regime to improve on technique and efficiency. Also, I will participate in at least 2 open water long-distance swim events to get myself back more familiarized with swimming in open water and in groups between others.” 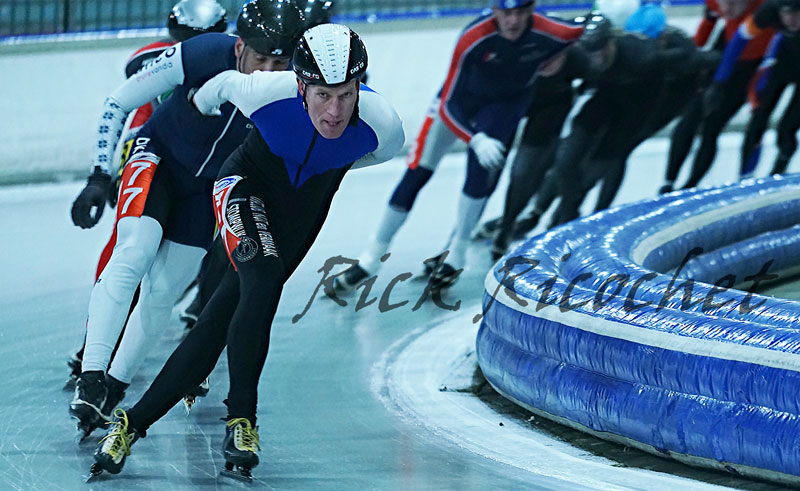 Richard is a senior consultant at the Implement/Optimise department and has been working at TBA since 2005.

“Last autumn Mark came up with the idea to participate in the Almere Triathlon as a TBA-team. I became directly enthusiastic to do the cycling part but was also a bit hesitant. Although 180 km cycling is very well doable, but to do it under time pressure, it is "a different cook" (using the lines of Louis van Gaal – ref. Dutch soccer coach). After some thinking, I accepted the challenge to go for it, knowing that with Manasse, there is another serious cyclist within our company who is also training hard to conquer the 180 km. May the best one win, and let’s push each other to a higher level!

After playing soccer for some years I started cycling already at a very young age (around 11). In the beginning, I was racing courses but during my studies I turned from a racing cyclist to a more sportive cyclist, cycling with a club every Sunday morning in surroundings of South Holland and sometimes a bit further. I always liked to cycle long distances. Going on holiday in the Netherlands with my parents and 1 brother and 2 sisters, I often went by bike to save some space in the car. Nowadays, I am still cycling to work every day (about 34 km round trip) to stay in shape, save some fuel, and avoid crowded roadways in the morning and evening.

Because the weather conditions in winter are not often good for cycling, and I don’t like cycling at home trainers, I started ice-skating in winter. That’s what I am still doing until the end of March. After the skating season has finished, I’ll increase my cycling training and I hope to be in my best shape in summer.” 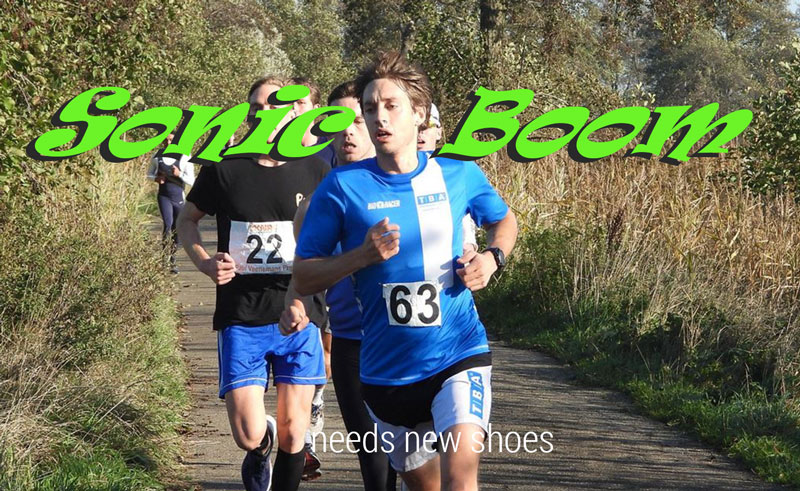 Sander is a consultant at the optimisation department of TBA. He joined TBA in 2015 and his main activities have been data analysis, TOS optimisation, and consultancy.

“During my college time, I signed up for the rowing club and was drawn to the sport quite soon. I joined a freshman crew where we started training 5 times a week (out of almost nothing). I found that I was quite good at the sport and I continued for almost 10 years, even after graduation. As rowing is quite weather depended, I started cycling and running during this period as alternative training methods. Most rowers are reasonable cyclists as well but running went okay for me too, which is highly uncommon for most heavy build rowers.

After rowing, I was drawn to the challenge of completing a marathon. Now, I found that runners (more than other athletes) were warning me about the difficulty of just completing a marathon. Cycling for up to 6 hours on one day I had done previously but apparently running is less easy to endure long. However, I decided that just completing the marathon should be feasible without too much specific preparation. With a large battery of energy (still) inside from my rowing period, I managed to complete it in about 3 hours. After that experience and being inspired by Mark’s story on the IronMan, I decided to go for another individual triathlon in France. Last year I joined a club and participated in some short races. This summer I will try the full distance in Northern France. My swimming is still very bad, rowing with oars is quite different from swimming with your arms. My legs are even more helpless, but it is getting better. To complete the triathlon in France will be a nice benchmark for the triathlon in September in Almere. I'm looking forward to adjusting from the ultimate long-distance challenge to some speed on the marathon.

Currently, I'm doing about 6 or 7 training sessions in a week (yes almost every day). The duration of the training is not yet sufficient for the long-distance challenges, but my body is again adjusting to the high frequency of exercise. Coming weeks (with hopefully better weather) the duration of the sessions should increase, keeping the frequency as is. This week I will make the first step by going to Norway. It will be langlauf and hiking mostly and I do not expect high-intensity training, but the focus will be on low hearth rate but long duration.

Manasse is a simulation consultant at the Design department and started working for TBA in 2014.

“Although I have been a quite active sportsman in the past, I have spent the last 5 years mostly in a steady hibernation. Having an ambitious goal has always been an important condition for me to do sports, and that has been lacking in the past years. I’m especially drawn to the kind of challenge that only months after completion, after forgetting all the pain and struggles, you can look back at and say: “Well, actually, that was quite fun”. Therefore, when the Triathlon challenge was announced (and to beat a rivaling team), my attention was immediately grabbed. 180 km of solo riding the dreadful endless roads of the Flevopolder is exactly my cup of tea. Also, I’ve always been a huge fan of triathlons, apart from the fact that I hate running and swimming. So, having two other people to do the swimming and running part is a perfect solution.

There are a couple of problems though: First of all, I’m out of shape. Linda’s reaction (ref. to a colleague at TBA Group) “Haha, I think it’s so funny you are intending to participate in this event” is a painful reminder of that fact. Secondly, Richard Bennis aka Rick Ricochet, the legend behind the “Bennis Classic” (ref. to a cycling event), is the provisionally foreseen cyclist for the event, who I will have to beat. Finally, the longest individual time trial I’ve ever done is 10 km, and one could argue that 180 km is significantly longer. But I decided to not get demoralized by all these tiny details and go for it in the spirit of Pippi Longstocking: “I have never done that before, so I’m sure I can do it”.

When I decided to challenge Richard for the cycling spot last November, there were exactly 300 days left until the event. This may just be about sufficient time to reach the required level to ride 180k in the targeted 5 hours, at an average of 36 km/h. Since then, I’ve been going back and forth through the whole spectrum of confidence: Sometimes being absolutely sure I will beat Richard and even dreaming about riding it well under 5 hours. While at other times I’m getting mentally prepared for my appending failure. And when I don’t have doubts about being able to beat Richard, I am still unsure about succeeding to do the 180 km within 5 hours. Well, all this probably just shows that it is at least either an ambitious or a realistic goal, or maybe even both. In the worst case, I will at least be pushing Richard to keep him on top of his game. Rumour has it he is already getting a little bit worried…”

Follow the team’s monthly progress, their individual regime, the blood, sweat and tears in the upcoming time as they are preparing themselves to beat the below times in order to win:

Keep your eyes peeled for the next update in April where the team will have participated in a 42 km time trial in their process to shape up for the World Championship!